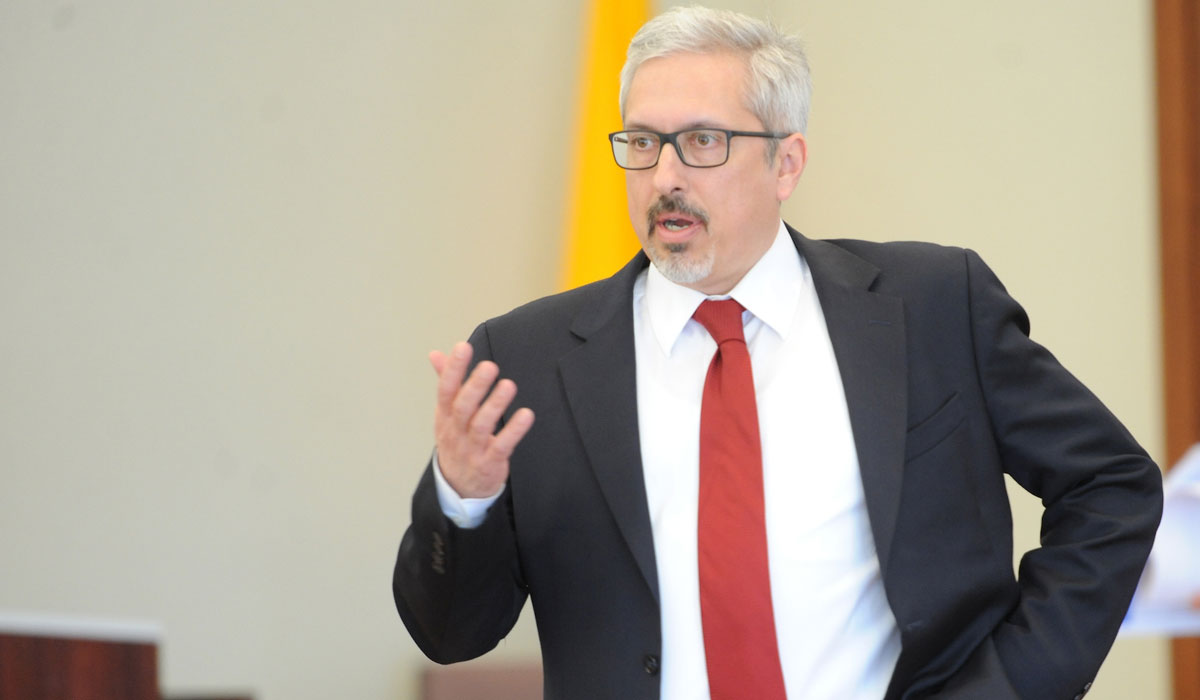 As Provost of The Catholic University of America, Dr. Aaron Dominguez oversees the academic life of the University’s twelve schools as well as its libraries, research institutes, and the Catholic University of America Press. Dr. Dominguez is also an ordinary professor of physics. From 2016 to 2019, he served as dean of the School of Arts and Sciences. His main area of research is in using particle colliders to search for new physics, including the recently discovered Higgs boson. His area of expertise is in instrumentation — designing, building and using silicon charged particle trackers as precision tools to reconstruct the complicated interactions taking place in these collisions.

He received his undergraduate degrees from Whitman College and Caltech, his Ph.D. in physics from UC San Diego and was a postdoctoral researcher at Lawrence Berkeley National Laboratory. In 2005, he was the recipient of the NSF CAREER award. He has played numerous leadership positions in the L3, CDF and CMS particle physics experiments at the CERN laboratory in Switzerland and Fermilab in Chicago. Specifically, he is currently deputy project leader for the upgrades of CMS, and is the principal investigator of an NSF project that is funding the U.S. efforts of nine universities to improve the silicon pixel detector, hadron calorimeter, and trigger in preparation for high luminosity runs of the LHC in coming years. He has mentored seven postdoctoral researchers, three graduate students to completion, three currently in progress, and numerous undergraduates. He sits on several advisory boards, including QuarkNet, and is an author on more than 1,100 papers in experimental high energy physics and instrumentation.